The Handmade Film Collective is a group of practicing, enthusiastic, analogue, handmade filmmakers (Dawn George, Rena Thomas, Herb Theriault, and Todd Fraser) who have come together to showcase experimental analogue handmade films and support other filmmakers working in this specialized genre.

The collective brings together filmmakers with a broad range of experience, and skillsets. 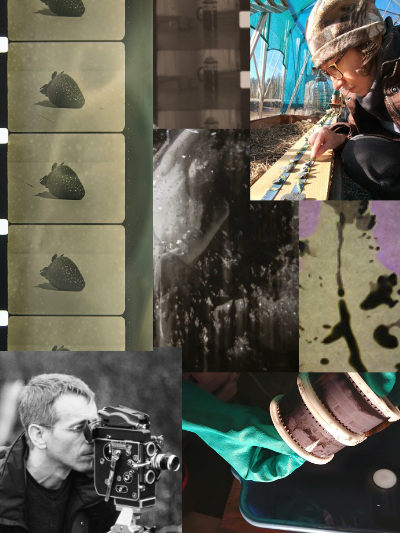 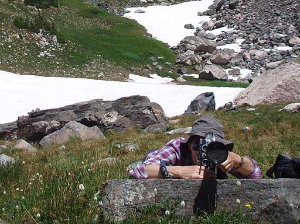 Dawn George makes films with the living things she discovers in the wild! Her DIY approach to filmmaking reflects her appreciation and respect for movement, nature, science, and sound. She can often be found in the garden filming insects and plants; in the kitchen brewing the latest batch eco-developer; or in the forest recording a stream.
Her experimental works have included trippy images of time lapse mold and plant growth, intimate moments with insects, and eco-processed film from fruits and vegetables.
Accompanying her films are intricate sound designs crafted with sounds recorded from her kitchen and collected in nature.

She has participated in residencies at the Independent Imaging Retreat “Film Farm” in Mt. Forest, Ontario, the Handmade Film Institute in Colorado, and the Ayatana Artists' Research Program, in Gatineau, Quebec. For the last few years, Dawn has assisted with various programming aspects of the Halifax Independent Filmmakers Festival. Dawn’s works have screened in festivals and galleries around the planet including the Images Festival, Festival du Nouveau Cinema, Alchemy Film and Moving Image Festival, the8fest, Kaunas IFF, WNDX, Imagine Science Film Festival, the Gladstone Hotel’s GrowOp Exhibition, The Dalhousie Arts Gallery, and the Confederation Centre Art Gallery. Her work has been supported by the Atlantic Filmmakers Cooperative, Arts Nova Scotia, and the Canada Council for the Arts. 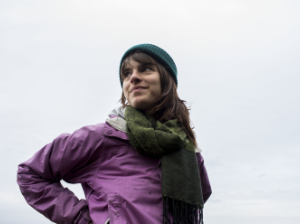 Celluloid film is fascinating to me because it is a tactile archive, which changes and wears down with each run through a projector, similar to the way the body, memories and landscapes change over time.
I process my film by hand, using eco film-processing methods including plant-based developers, hydrogen-peroxide reversal bleach, and saltwater fix. As part of the process of layering and changing the film, I welcome technical error and analogue mishaps as an important part of the process, avoiding attachment to the aesthetic vision of the final result.
For ecological and conceptual reasons, processing film using biodegradable materials is an important aspect of my work.

I am interested in the concept of my body as my home, and imagine my physical body as the vessel that carries me through this life, holding the marks of past experiences and traumas. More recently, I have focused on my relationship with landscape, and the bodies of water that trace back to the places I have called home. I am drawn to the paths that my body forms physically in the environment, and the memories that are left on or within my skin. 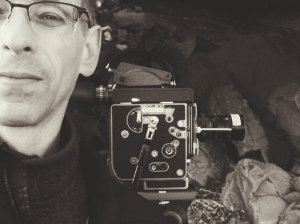 Herb Theriault has been shooting motion, and still film for over a decade. His interests fall largely towards nature, and how we relate to it as humans. His motion work is process driven, using alternative film developing techniques, and building tools to accomplsh tasks that would normally be done by more complex machines. Taking the 'industrial' out of the workflow as much as possible.

His work has screened around the world, including, The Halifax Independent Filmmakers Festival, Images Film Festival, and ARKPIEL, in Jakarta. 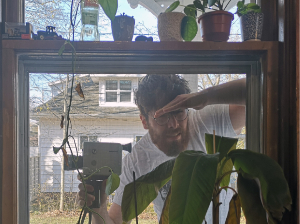 Todd Fraser is a bathtub-compost-filmmaker and an experimental-documentary-person from Cape Breton Island, currently living and working in Fredericton, New Brunswick.

He used to work in an artist-run centre, but now mostly works on films in the spare bedroom. His films have screened across the country, from Victoria to Antigonish, at Alchemy Film and Moving Image Festival, the8fest, Process Experimental Film Festival, the Halifax Independent Filmmakers’ Festival, and more.